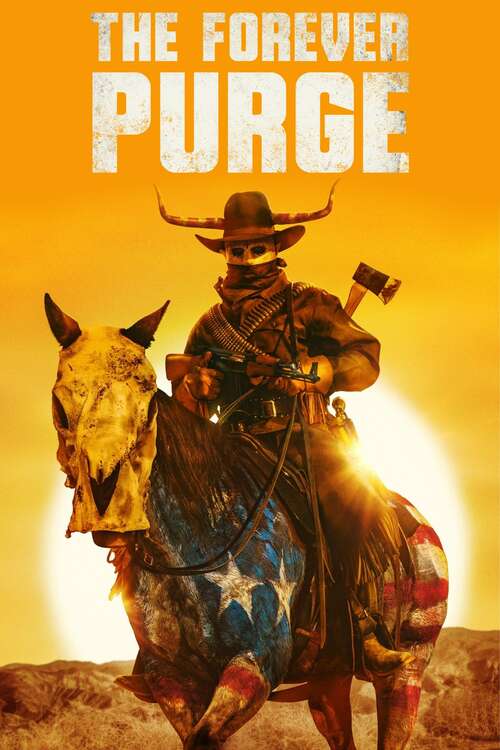 What's truly amazing about The Purge franchise is how reasonably accurate it was about the rise of factions of the stupid and violent. The Forever Purge, following the also incredibly “on the nose” The First Purge, gives us a glimpse of our own world with marginally more violence. Most privileged folk (re: cis/white) would say we're a long way off, that this is all hyperbole. But those in other classes, the marginalized, can look at The Purge films as not prescient, but accurate to, if not the actual violence, the emotional and metaphorical violence. Are they subtle in any way? No, not even remotely subtle. These films straddle a weird line, because those that would get off on violence against the poor or minorities are the very folk who are clearly the villains in the pieces. But certain factions are astoundingly good at not having the “are we the baddies” moment.

For the film itself, it feels more actiony and a bit less like the earlier films. The strange celebratory costumes are only minor here. The heroes are worth rooting for, if fairly stock, and I do wish they'd followed through a bit more on one character's history with weaponry. (They would've made a good Rambo-esque lead, pushed too far.) The commentary on the native Americans seen in the film is also incredibly on-the-nose, but definitely something that mainstream America just isn't thinking about very much.

The finale does feel final but also sets up a fairly obvious sequel that, like its predecessors, should involve a very obvious social commentary, albeit one I'll look forward to seeing.

I'll say if you enjoyed previous Purge films, you'll likely enjoy this one. If this franchise has never been for you, well, why would you even consider jumping on it at this point?