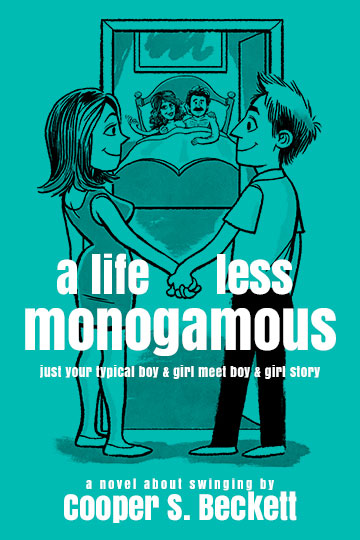 One couple questioning their commitments. Another couple coloring outside the boundaries of sexuality in an open relationship.

Jennifer and Ryan Lambert have reached the very edge of their marital contentment, wondering if this is just what modern marriage looks like. When they meet the Shepards, they find Bruce and Paige so very sophisticated, witty…sexy. The Shepards don't seem to have any of the boredom that has creeped into their own marriage. They're at ease, they're funny, they're…flirty?

Everything makes more sense when Jennifer and Ryan find out the truth about Bruce and Paige. The Shepards are swingers, and the Lamberts want in.

About A Life Less Monogamous: