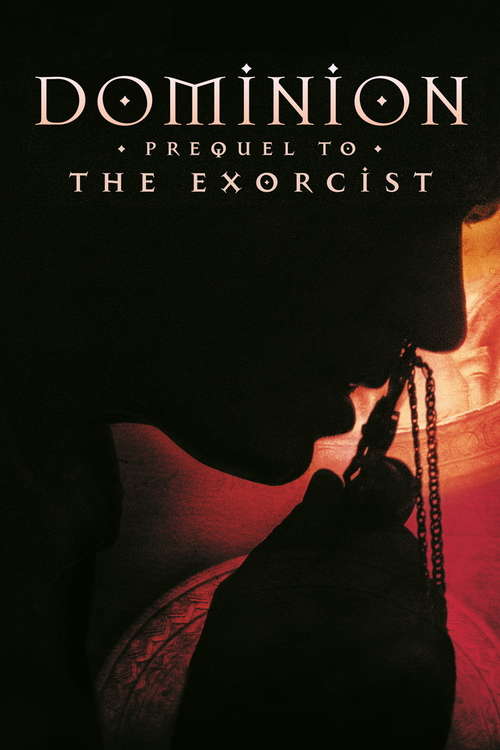 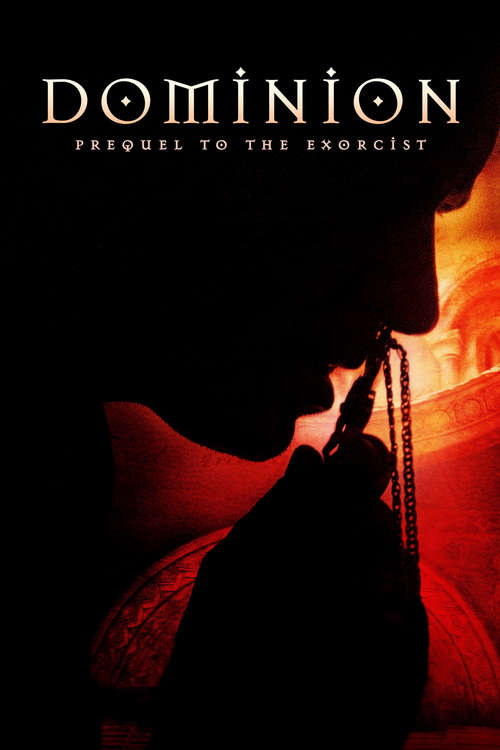 The movie so nice they made it twice, and both times it was thoroughly mediocre. This is to serve as a review for both Exorcist: The Beginning, and Dominion: Prequel to The Exorcist (both titles oddly missing an instance of the word “the”).

The story of Fr. Merrin’s first battle with Pzuzu, or the devil, or some other demon (neither movie is quite clear) is hinted at in the original film, saying that he exorcised a boy in Africa and the experience nearly killed him. Alright, with that as our storyline, it seems rather straightforward to expand on it.

Paul Schrader chose to do exactly that story, detailing Merrin’s experience at a dig site, unearthing a church built over an earlier temple (though doesn’t really go into much more than that.) In Dominion, Merrin does indeed exorcise a young man (that they keep calling “the boy”), but aside from some random boils on his face doesn’t ever seem to come close to death. Renny Harlin decided to use the boy as a bait and switch, revealing late in the film that the actual posessed person was someone else, most definitely not a boy.

Schrader’s version of the story seems to be masquerading as the intellectual version of the concept, while Harlin’s is the mainstream, yet both strain credulity and both are unforgivably dull. Harlin, to his credit, fills his film with echoes and mirrors to The Exorcist, and officially showcases the Pzuzu statue and idol that appeared in the original, though the demon is never established that way. Schrader, despite using the imagery of the white faced Pzuzu from the original doesn’t ever reference it, and shows an entirely different demon idol.

Being a film snob, I expected to like Schrader’s version of the film infinitely more than Harlin’s, and was quite surprised to find that wasn’t the case. Harlin’s is garish, way overdone (“this is the spot where Lucifer actually fell to earth” cuz fuck metaphors), but fun. Schrader’s feels more like it’s pretending to be intellectual, while not wanting to go the distance, and also bares many tell-tale signs of an unfinished film that was assembled for very little money.

Both movies suffer from shockingly bad special effects (what is with the CGI hyenas?!) though Schrader’s has the worst of it, including a snake that seemed to have slithered out of the Gamecube remaster of Resident Evil 1, and a cow eating a hyena that seems to be just previs.

It was an illuminating experience watching the two films back-to-back, and gives the oddest sense of deja vu when done. Neither improves upon the other, which is perhaps the greatest sin here. This story didn’t need to be told, but when you have Stellan Skarsgaard as Merrin, you should be able to build a decent movie. The perplexing fact that the studio rejected Schrader’s film and then reshot 90% (including recasting multiple roles and ELIMINATING THE BOY MERRIN EXORCISED) and only got…that… is indicative of the mantra not to throw good money after bad.

Both have moments to like, and I think a decent film could be cobbled together using both, but as they exist currently, they are lesser than the sum of their parts, and while not the weakest entries in The Exorcist saga, they only have The Heretic below them.