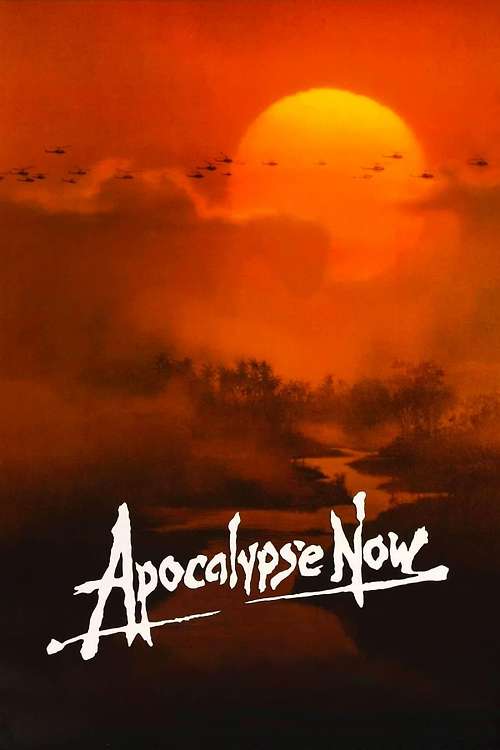 How does one even review a film such as Apocalypse Now anymore. It's the same age as me, and has spent my entire life being held up as an apex of cinema. I was bored when I watched it in high school, didn't make it past the tiger. Tonight I made it all the way up river to Kurtz. What can be said? Brando is magnificent, if bizarre, loopy, and insane. Sheen has a magnetic intensity that I've never seen from him before. DuVall is an absolute joy, as is Dennis Hopper, and babyfaced Larry Fishburn. The scope and magnitude of the film could rival the biggest of religious epics in the 50s, and there's not a moment that goes by where you wouldn't believe this was made during the actual Viet Nam war. Chaos and bloodshed are everywhere. And the stoicism of the men who bring Willard into this mess only begins to unravel with every passing encounter growing more and more unhinged until they reach the savage bottom. It is, indeed a masterpiece, if a distanced one. Like Blade Runner before it, all the components of brilliance are there, but it's as if they're often hidden behind a screen. We can go along with it because Willard is our eyes, but like Kurtz, it may never be fully understood, as it is mad itself.

I feel enriched having seen it, as my cinematic bucket list claims a new one. But I'm not sure I'll ever need to see it again.